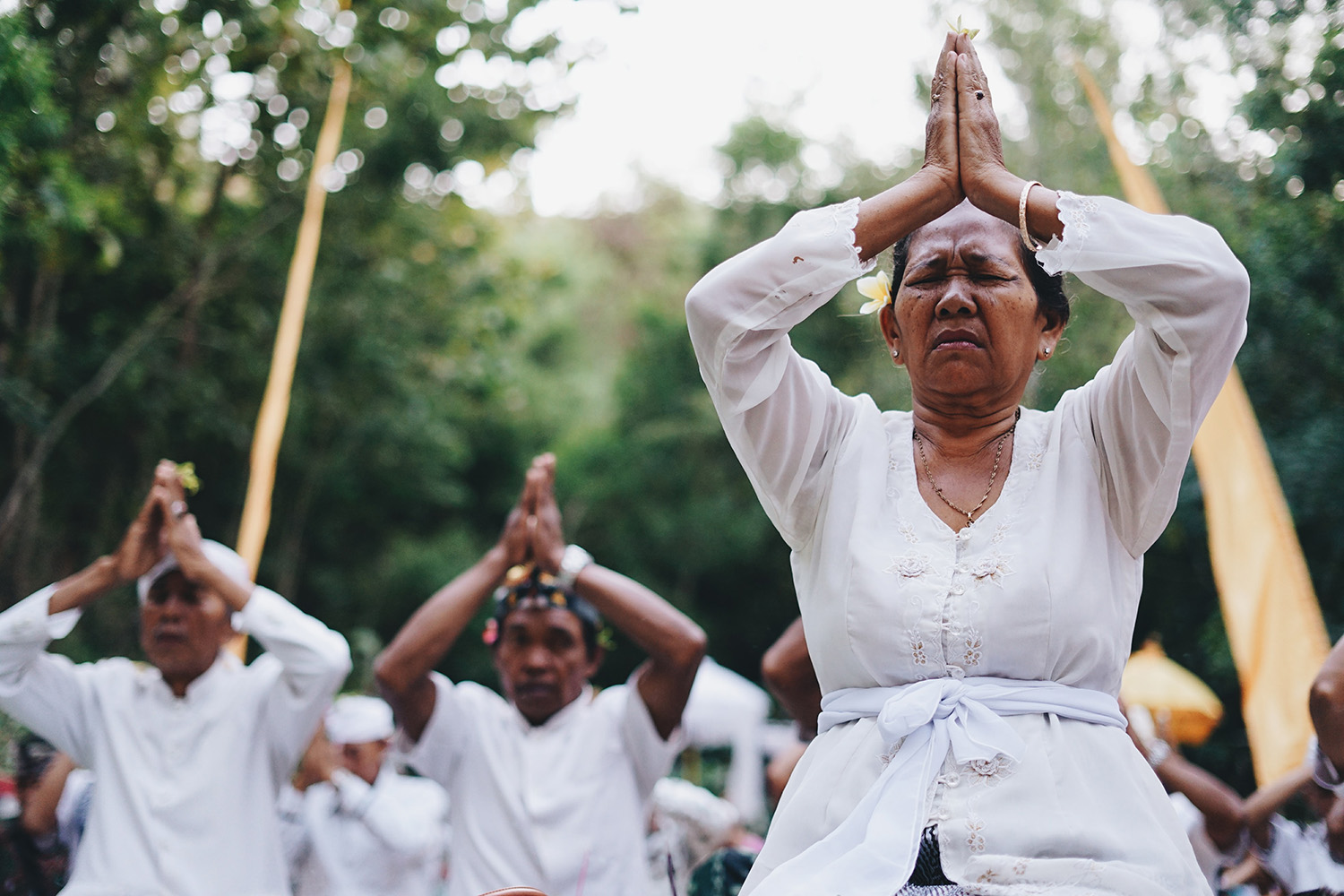 Om Swastiastu. This is called Onkara and is read OM. The Ongkara is a symbol of the universe and everything in it. In the beginning, there was nothing, then the universe created, in It's aspect of Creator is called Brahma , Wisnu as the preserver and Siva as the dissolver. These three aspects of manifestation are called Tri Murti and are very important to Hinduism. There is saying in Balinese 'telu teluning anunggal' which means that the three function and manifestation formed a single unit linked together . It is not enough if we only create without preserving, nor preserving without dissolving .
After coming into existence we have to preserve and further more we need to dissolve in order to create again . In order to dissolve something ,we have to destroy it and transform into something beneficial. This concept of Trimurti is symbolize in the three letters : A , which stand for Ang(Brahma ), which stand for Ung ( Wisnu )  M, which stand for Mang ( Siva ) The sound AUM or OM begin all Balinese prayers and recognize this Trinity.  When Balinese greet each other in formal situation, they say OM Swastiastu, which means ' may universe always protect us '. The reply is also OM Swastiastu which then means ''we are always safe ''.
Share :